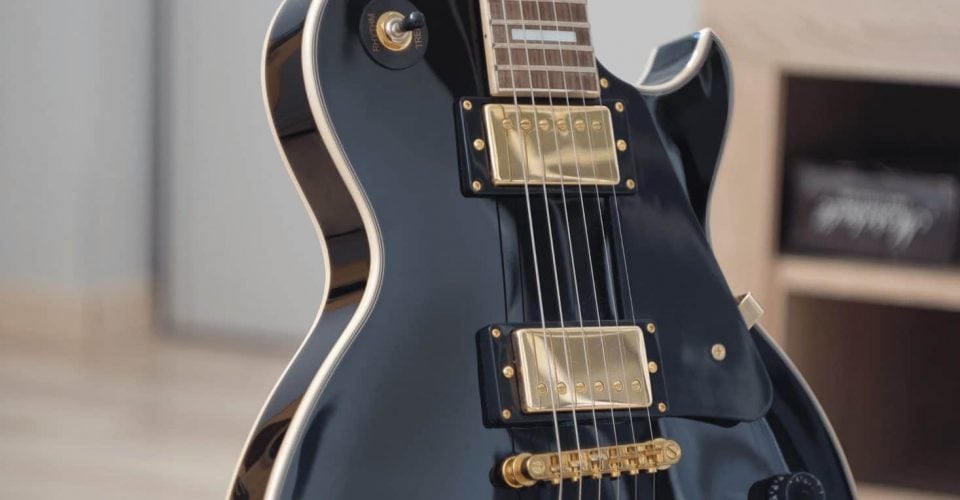 What advantages or disadvantages does top wrapping guitar strings on a Les Paul or Tune-O-Matic style tailpiece have? Should you try it on your own guitar? Let’s talk about it:

What’s up everybody? I’m Scott from Stringjoy Guitar Strings and today we are talking about top wrapping with Tune-o-matic tailpieces. We’re going to talk about what advantages it might provide, whether those are legit or not and how you would go about doing it on one of your own guitars.

This method of wrapping guitar strings over the tailpiece is by no means favored by a majority of people that play Gibsons but there’s always been a pretty vocal minority of players that do prefer it. What do they like about it?

I don’t know whether this is true or not. I’d say you probably have to try it out for yourself and see what you feel like. It makes sense that securing your bridge all the way down would help to transfer that energy a little bit more easily to the body of the guitar but at the same time, you can screw it all the way down and go in the traditional way as well so it kind of just depends on your taste there or how you usually like to set up your bridge.

Now, there are a couple of disadvantages as well that are worth weighing when you’re considering top wrapping your guitar. The first is that you run the risk of scuffing up your tailpiece just slightly. You have strings going over the top of it at tension which is not normally what happens with these tailpieces. So it is possible that you could get a little bit of scuffing. That just kind of depends on how much of an importance you place on having a really clean tailpiece.

The second disadvantage is that you’re placing a very severe break angle on your strings which could potentially result in more string breakage. Again, player reviews kind of vary. Some people feel that it’s not a problem at all. Some people have tried it and feel that it just doesn’t really work for them. So I’d recommend trying it and seeing if it becomes an issue. Strings don’t cost all that much so it’s not the biggest deal if you do break some. But there is evidence to support that going at that severe of a break angle where the string is in tension could result in an increase of breakage just depending on a number of factors, like what gauge you use, how well you set it up and how hard you are on your strings.

So, basically all we’re doing here is going in backwards and then stringing up as normal. But I want to talk about one thing we encounter here. When we pull the string like this, as you can see, the bottom end of the string where we have a double wrap where the string is initially twisted around the core wire is going to be a little bit more firm that the rest of the string. So we can see it kind of sticking out at the back end there.

Now, you can just wrap this up as is but it might not secure all the way to the back of the tailpiece because, again, that fatter bottom end of the string is going to stick out just a little bit. But, the good news is, we have a trick for this. So I’m going to pull this back out and I’m going to show you what you can do to stop from having this sort of sharp edge at the back end of your tailpiece.

One trick that’s been used by techs for a long time that helps you be able to top wrap without having that little bottom end of string sticking out in a very sharp way out of the back of your bridge, is to take another string … I’m using a new one because I’ve got a lot of strings here but you can also just use older strings if you don’t want to waste anything.

What we’re looking for is the ball end of the string. Basically we just want to clip right ahead of the ball end, make sure that we have just the clean ball end. We don’t have the loop attached to it or anything like that. Then we take the tail end of the string, we thread the ball end through and pull it all the way down to the very bottom next to the other ball end. This will give us a little bit more space when we go to that Tune-o-matic bridge which will enable it to pull together in a little bit more smooth of a fashion. So let’s see what that looks like.

All right. As you can see this time the bottom end of the string cleanly wraps around. We don’t have any sharp edges or any really rough break angle on the bottom fatter part of the string there. So basically you just want to find six ball ends. You can use them forever as long as you remember to take them off. So if you’ve got an old set of strings and you’re doing this anyway, just remember to hang on to them and clip those ball ends because they’re going to come in handy if you don’t want that sharper edge at the back end there.

Now we’re going to do the same thing on every single string. We’re going to tighten everything as normal and we’re going to see what it looks like when it’s all finished up. All right. So we’ve got everything top wrapped. We’ve got a whole new set of strings thrown on here. A couple quick observations.

For one, I don’t know if anybody has a trick for this that I don’t know but it’s a little bit hard to get these very even in terms of how they’re coming over top of that back end of the Tune-o-matic bridge. You can see they’re a little bit uneven there. I wouldn’t prefer it to be that way but I’m not sure, short of cutting slots or something into there, of a good way of remedying that. If anybody knows, by the way, leave something in the comments.

Otherwise we have everything going on here. I did notice that it’s kind of hard to keep all those ball ends from flying away on you. I thought I could just recycle some from an old set of strings but I ended up having to just get some ball ends from downstairs because I lost like three of them. So if you’re using the same six of them, find a good safe space to put them in why you’re changing because it’s pretty easy for those to get lost. Anyway, let’s see what she sounds like and see what first impressions are.

Interesting. So my first impressions are I can definitely seem to feel the slinkiness caused by that smoother break angle over the bridge. It seems like this low E which is a 48 in our Balanced 10 set can bend a lot further than I’m typically used to. Again, I’m not A-B-ing it with one of the same guitar without it being top wrapped so it’s hard to say for sure but at least in terms of how it feels, it definitely feels like there is some more slinkiness.

I will say that to me just listening to the acoustic tone of the guitar which I think is usually the best barometer for things like this, I don’t feel like I’m getting quite the sustain that some people have talked about. On top of that, some of the gauges kind of feel a little bit plasticky, this G doesn’t feel like it has the same resonance that I feel like it ought to and I expect that it has to do with the top wrapping.

I suppose for anybody out there it’s just going to come down to personal taste. Whether you feel like the tone’s just fine and the slinkiness is really great for you kind of just depends on your particular flavor or what you’re into.

One thing that I will say that’s another potential drawback is that when you’re using the ball end trick like I did, to try to stop from getting those sharp twists coming over the top of that Tune-o-matic bridge, it seems to me that that could cause some tuning stability issues in the long run. If everything gets seated just right it’d be okay but you can’t really see down there to see how well those ball ends are seated in the Tune-o-matic bridge. If they’re off kilter a little bit then you run the risk of them moving around a little bit on you. It’s certainly not going to be quite as consistent as if you have your ball ends anchored the traditional way in the Tune-o-matic bridge.

But all that said, there’s a lot of great players that really like playing this way. Try it. If you like it, stick with it. If not or if you experience tuning issues or breakage issues or tone issues, then well, you’re only out a set of strings.

So what do you think? Are you a prodigious top wrapper? Is it the only way you play your Gibson-style guitars? Do you think that it’s dumb or are you like me and just kind of lukewarm on it? Share your experience down in the comments. 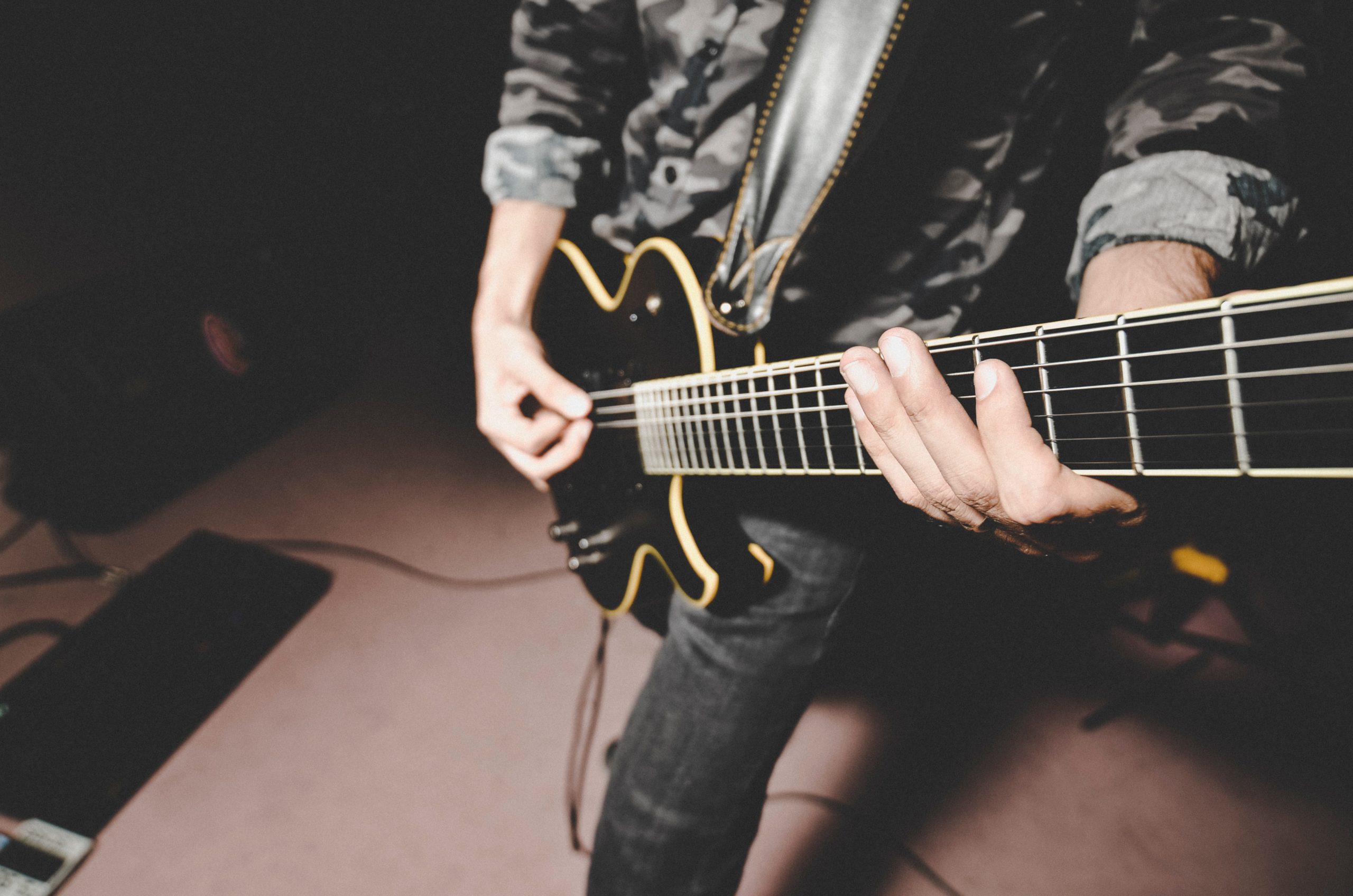 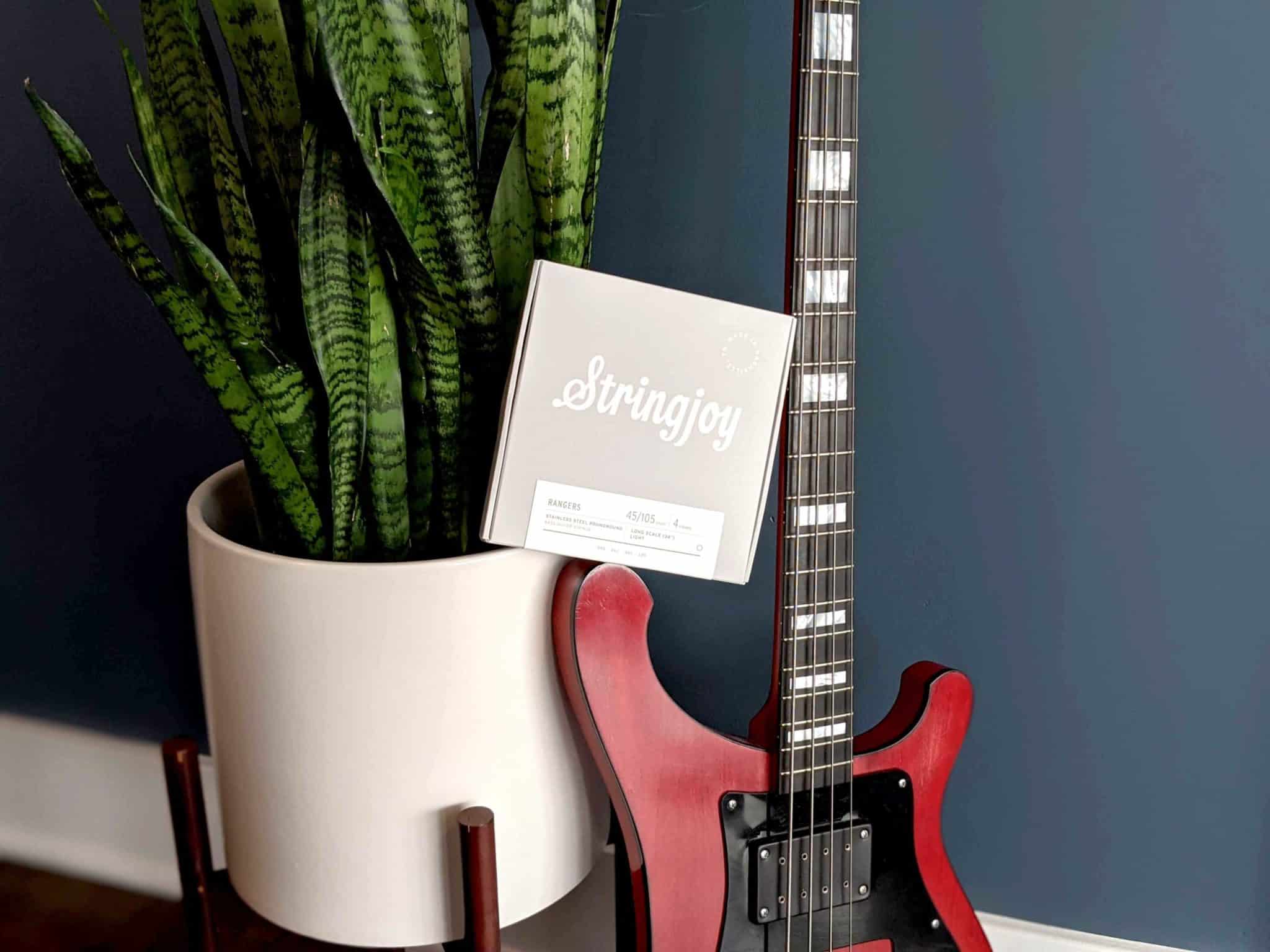 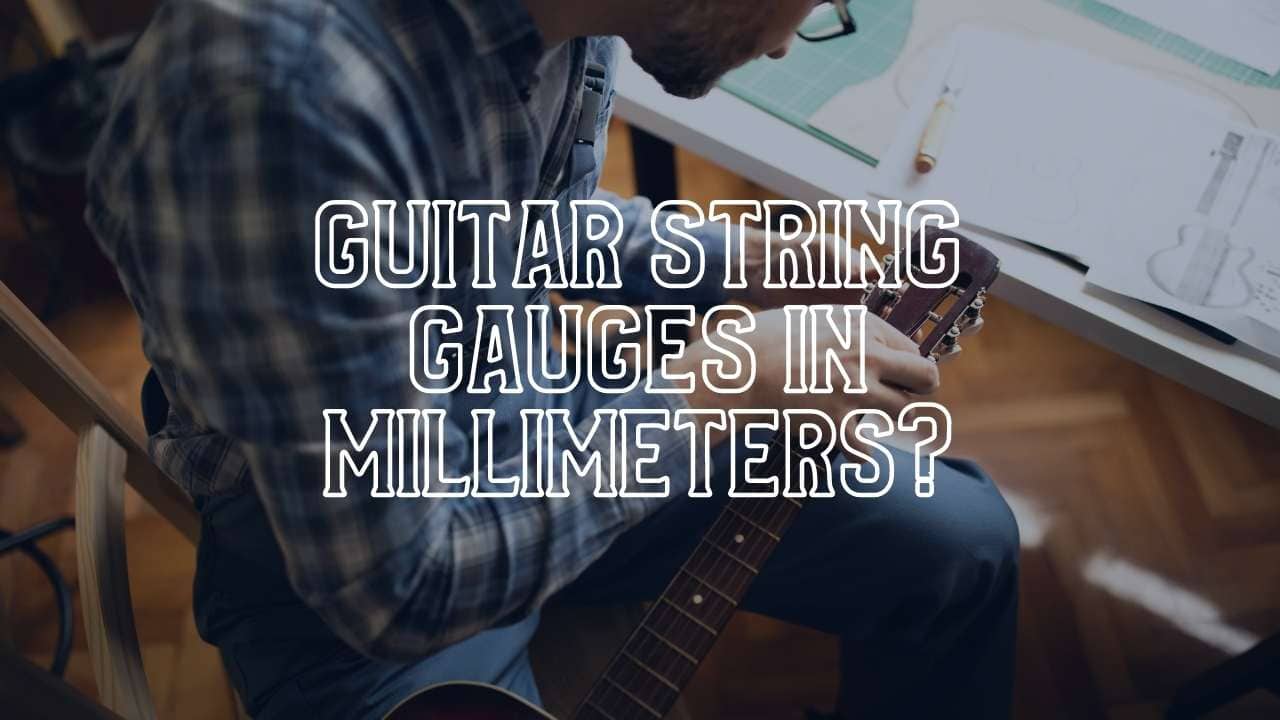 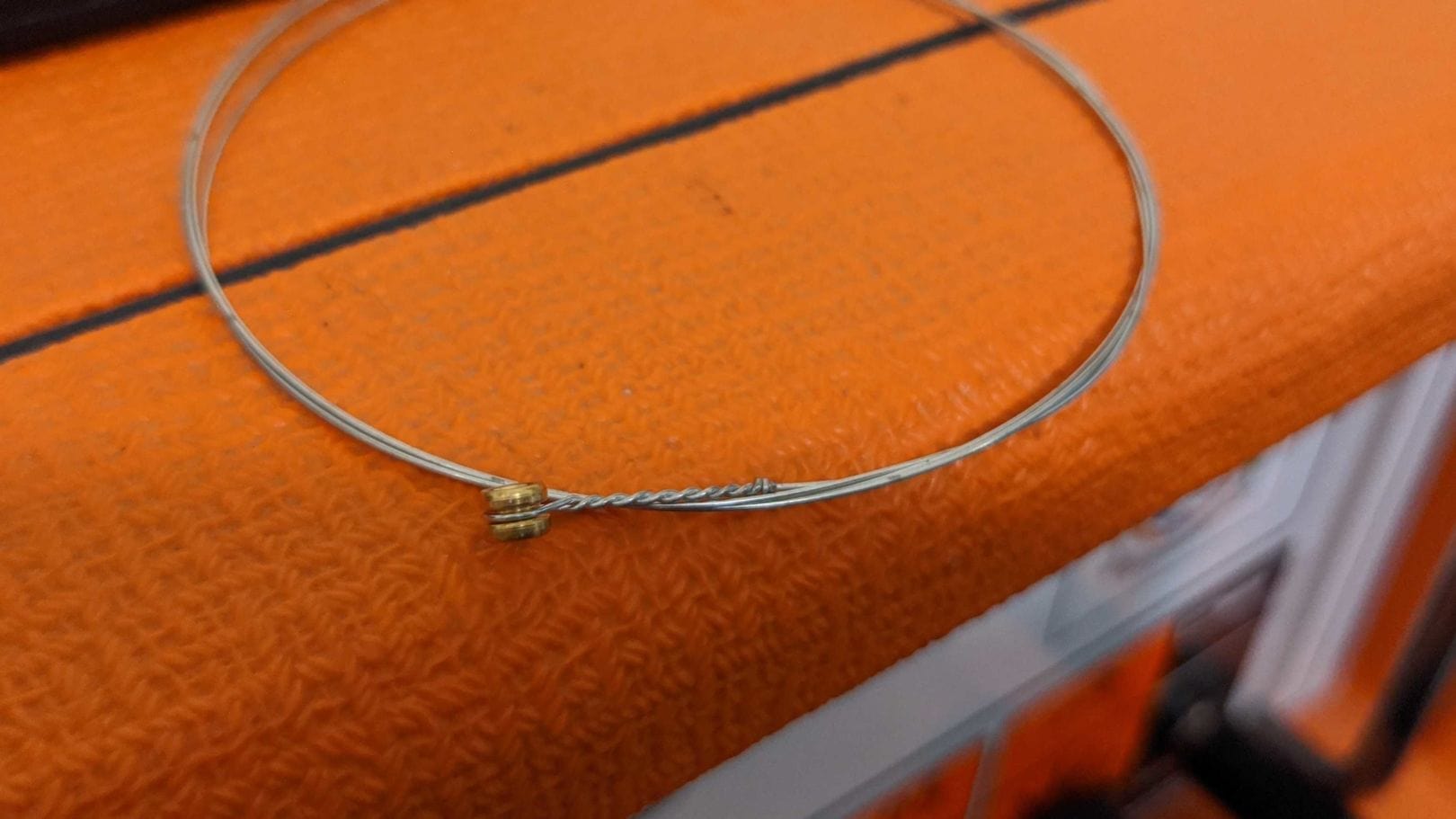