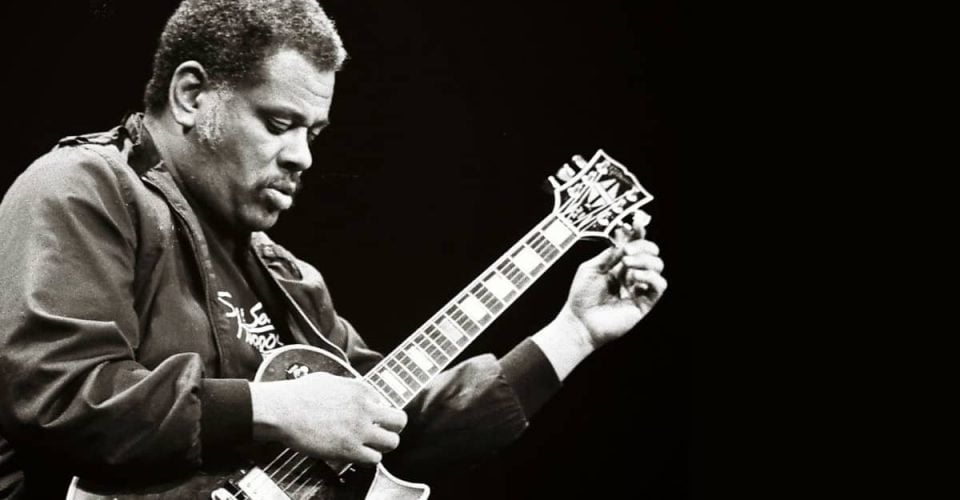 Sonny Sharrock is one of jazz guitar’s most singular figures; he was one of the only guitarists in the first wave of free-jazz and one of the only jazz guitarists to use a Marshall JCM800 for loud, overdriven tones. His playing is entirely unique, ranging from subtle accompaniment to shred-style solos. His discography is similarly eclectic, having worked with artists such as Joy Ayers, Miles Davis, Herbie Mann, Ginger Baker, and more.

Despite his iconic playing and appearance on numerous classic albums, Sharrock is frequently left out of the jazz guitar conversation. In honor of Sharrock’s legacy, let’s take a look at the career of one of jazz’s most visceral and talented guitar players.

Sonny Sharrock was born in Ossining, New York on August 27th, 1940. He became interested in music as a teenager and started singing in doo-wop bands in high school. When he was 19, he heard John Coltrane’s sax playing on “Kind of Blue,” which kickstarted his love for jazz (and horns).

He wanted to play sax after hearing Coltrane, but he wasn’t able to due to his asthma. This led to him picking up guitar instead since breathing wasn’t a concern. Though he chose guitar, Sharrock always viewed himself as a horn player. He famously said in an interview that he thinks of himself as, “a horn player with a really fucked up axe.”

With a guitar in hand, Sharrock was ready to light the jazz world ablaze with his earth-shattering playing.

Sharrock first recorded for an album in 1966 on Pharaoh Sanders’ “Tauhid.” Even though this was his first appearance on record, you can already hear his trademark style shining through the free-jazz cacophony. On Upper & Lower Egypt you can hear his drone-like tremolo picking, and on Japan you can hear his more subtle accompaniment.

Herbie Mann is an interesting figure in the jazz cannon. He received a lot of hate over the years from jazz purists who saw him as a pop artist who cheapened jazz. His flute playing lended itself to playing jazz with a pop twist, which helped him gain great success. He also experimented with a variety of different styles like bossa-nova, disco, African music, and more.

In the late 60s, Mann was inspired by the free-jazz sounds that were bubbling up from jazz. He wanted to bring an element of that to his otherwise accessible band, and he asked Sonny Sharrock to join his band in 1968. Neither of them knew what the result would be, but their partnership resulted in a series of great albums, as well as one of most interesting and powerful albums of all time—Memphis Underground.

A clear peak for both Sharrock and Mann, Memphis Underground is arguably one of the best albums of 1969 (which was an incredible year for popular music). Sharrock’s high-intensity playing works perfectly with Mann’s band. Tight drum grooves, funky basslines, melodic flute solos, and hair-raising guitar solos all collide to form an album that encapsulates the intensity of America in 1969.

In my opinion, Sharrock’s contributions can be best heard on Chain of Fools. With his guitar partially down tuned to C and covered in fuzz, Sharrock lets loose. His solo is heavy and intense. I’d say more, but I think his guitar work speaks for itself.

Sharrock only played on one Miles Davis album, and his contribution went un-credited. However, it contains some of Sharrock’s best playing and also partially led to him being forgotten in the jazz world for decades.

Sharrock was in the studio for some of the recording sessions for “A Tribute to Jack Johnson,” one of Miles’ most acclaimed fusion albums. He appears alongside John McLaughlin on the track Yesternow. However, he was un-credited because he declined to join Mile’s band at the time for unknown reasons. Still, the recording is a testament to his playing and legacy.

Though he was busy recording with various artists during the 60s and early 70s, Sharrock also made three solo albums during this time period with his wife, Linda Sharrock—”Black Woman,” “Monkey-Pockie-Boo,” and “Paradise.”

These albums are all very free jazz and showcase Sharrock at his most experimental. They certainly aren’t for everyone, and the free jazz excursions Sharrock leads are his most inaccessible. Still, these albums contain a lot of great music and interesting ideas, especially for those into free jazz.

In 1981, producer Bill Laswell asked Sharrock to come out of retirement so he could play on Material’s album, “Memory Serves.” Sharrock thankfully agreed, and it led to a late career renaissance that resulted in some of his best work.

During this time, Sharrock played as a band member in multiple fusion groups. Though he was older, he still brought the same energy and intensity that he was known for in the 60s and 70s. Many of these records go even further than his earlier output, pushing the boundaries of jazz and guitar.

Sharrock joined Last Exit in 1986 and played with the band for nearly a decade. Last Exit’s sound was very free jazz, but they also worked in influences from hard rock/metal. The result was a powerful and heavy onslaught of focus noise. The band and Sharrock’s contributions are best heard live, such as on the track Panzer Be-Bop from “The Noise of Trouble: Live in Tokyo.”

Besides his work in various bands during his career revival, Sharrock also found time to record numerous solo albums and form his own band, the Sonny Sharrock Band. The albums below are a small selection of his solo work and showcase a wide range of Sharrock’s sound, from solo guitar to heavy metal influenced jazz.

“Guitar” featured Sonny Sharrock alone (with some overdubs), and it was his only true solo album. The solo setting is a bit odd for his style, but it works remarkably well and shows off Sharrock’s more melodic side. Blind Willie is a great example of this.

Sharrock’s final solo album, “Ask the Ages,” stands out as one of the best in his entire discography. Sharrock returned to his roots—getting Pharaoh Sanders, Elvin Jones, and Charnett Moffett—and made a more traditional jazz album. This record features some of his most direct, melodic, and accessible playing. Though this record rarely comes up in discussions of the best jazz albums of all time, it deserves to be considered one of the best. Promises Kept is a highlight of the album and features Sharrock’s playing at its most refined.

Yes, Sonny Sharrock created the iconic theme song and other music for cult classic Cartoon Network show, “Space Ghost Coast to Coast.” If you aren’t a child of the 90s and have no idea what I’m talking about, I highly recommend watching it.

Before his tragic death in 1994, Sonny Sharrock composed and recorded much of the music for the show, including the theme song. Though it was a kid’s cartoon, Sharrock still brought his free jazz A-game and created an iconic soundtrack beloved by thousands of fans who weren’t hip to Sharrock’s other work.

Sadly, Sonny Sharrock died of a heart attack in 1994. He was close to signing his first major label deal, and the amount of potential music that was lost is a travesty. Still, Sonny’s legacy lives on.

Over the years, Sonny’s playing has gained more accolades and recognition. Even Sonic Youth guitarist Thurston Moore cites Sharrock as a major influence. His records have been re-released and put on streaming services, making them accessible to modern audiences. Records like “Memphis Underground” and “Ask the Ages” are finally getting the attention they deserve. Though he may have gone largely unnoticed for much of his career, Sonny Sharrock’s music and playing will continue to impact generations of music to come. 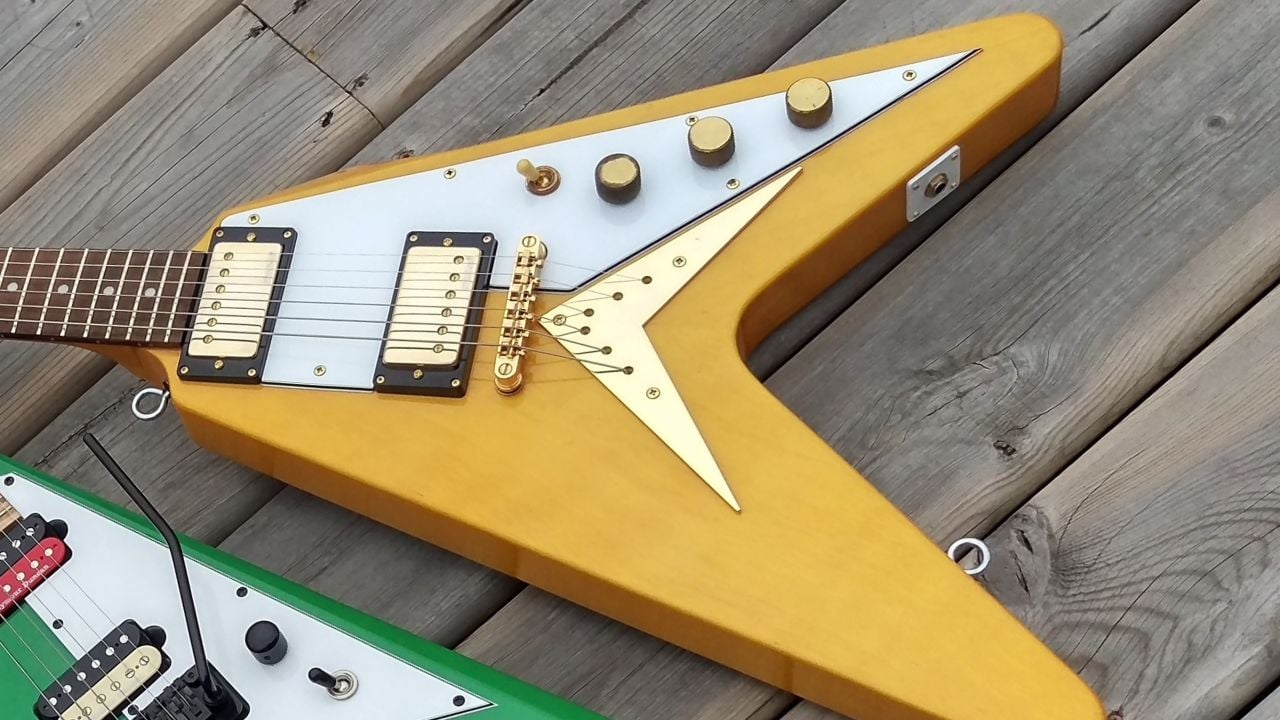 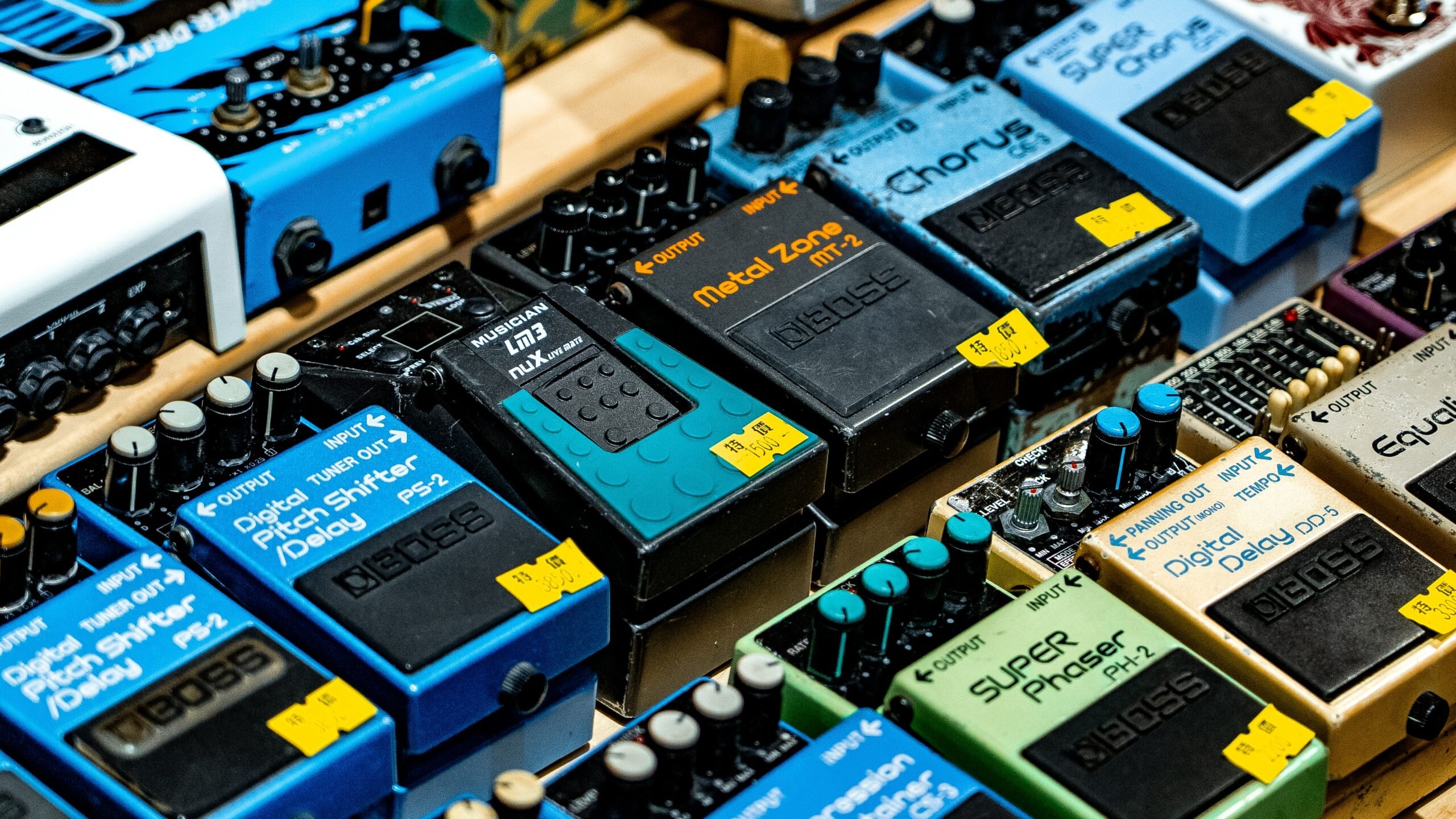 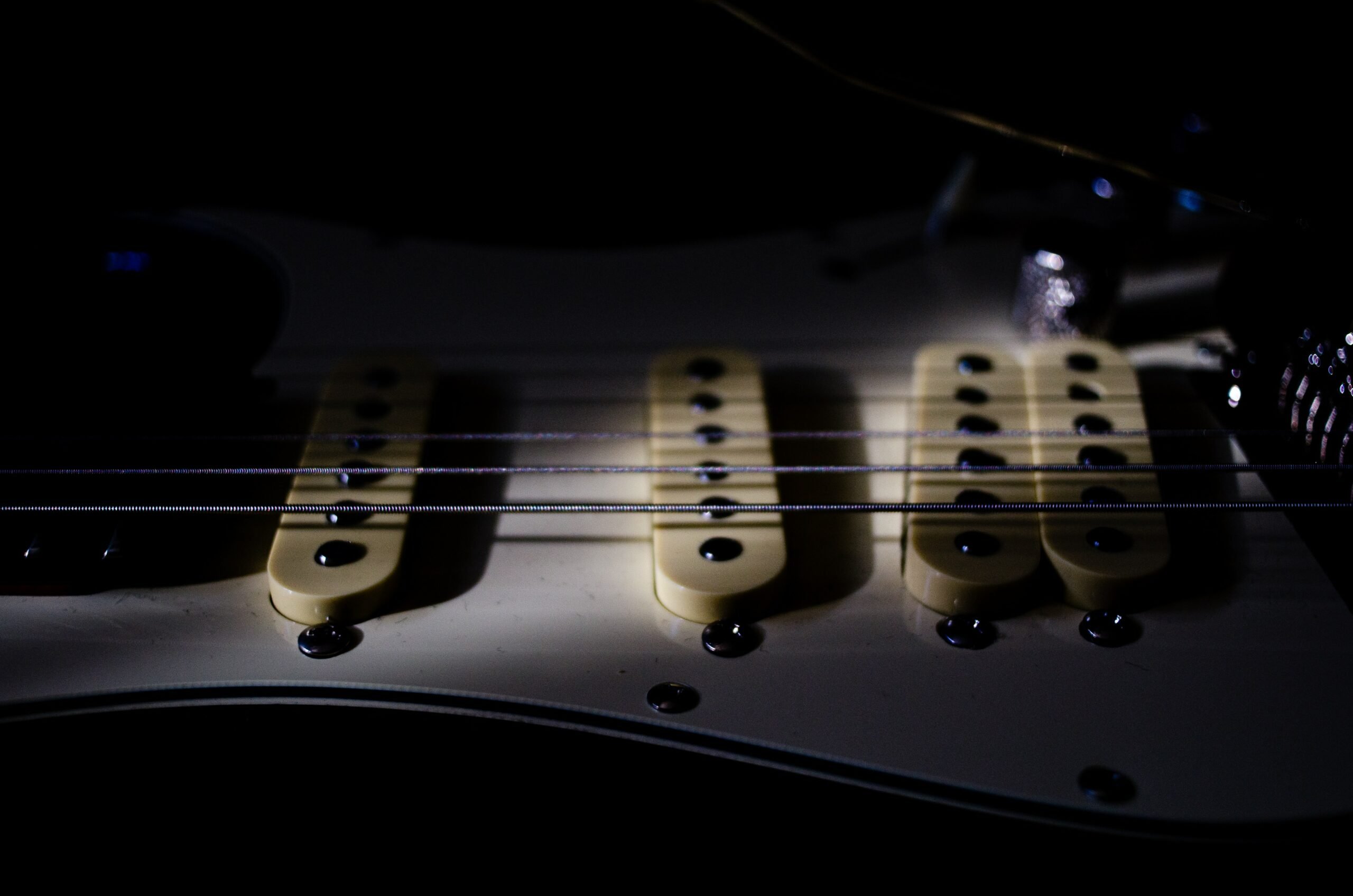 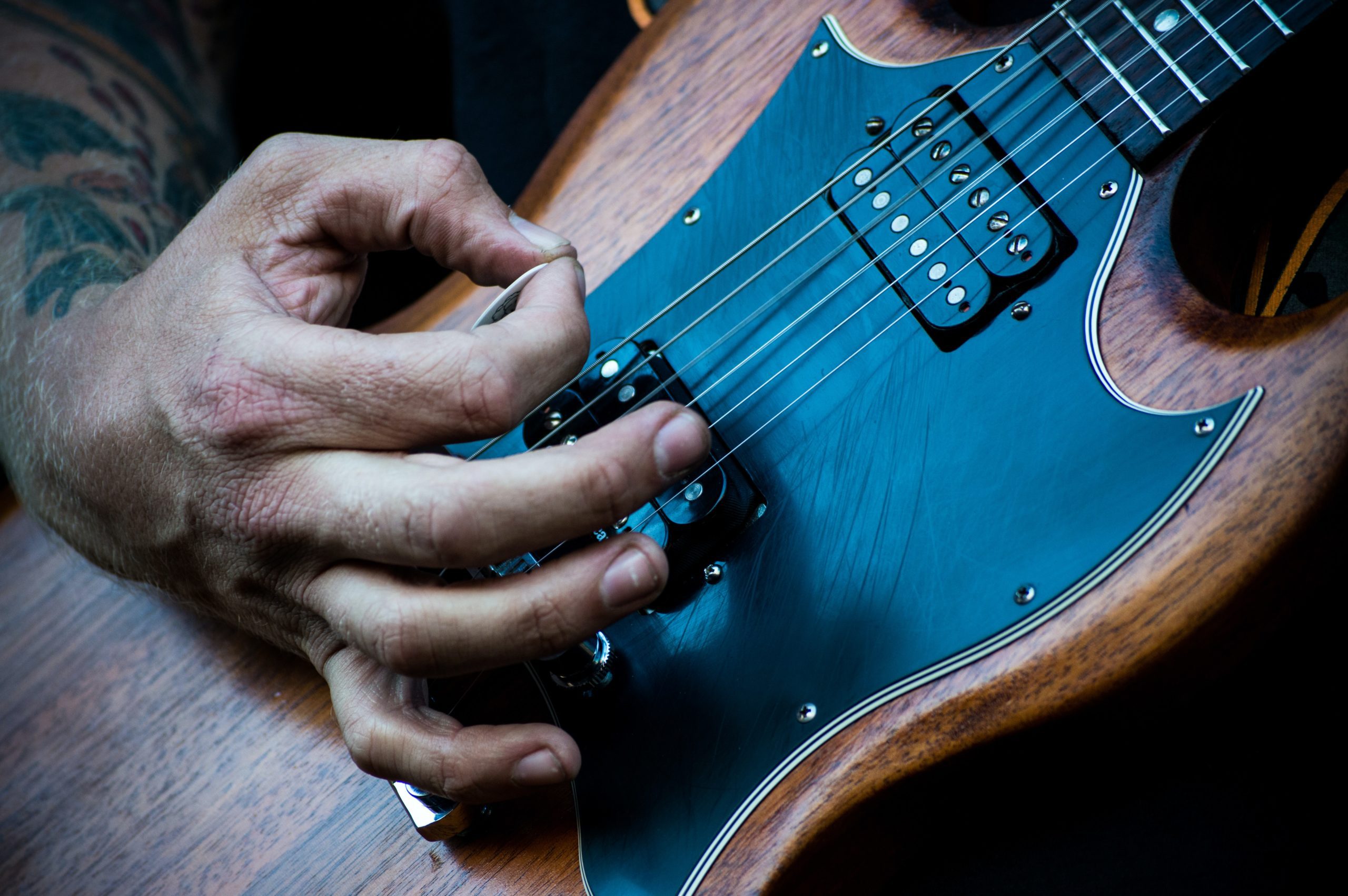 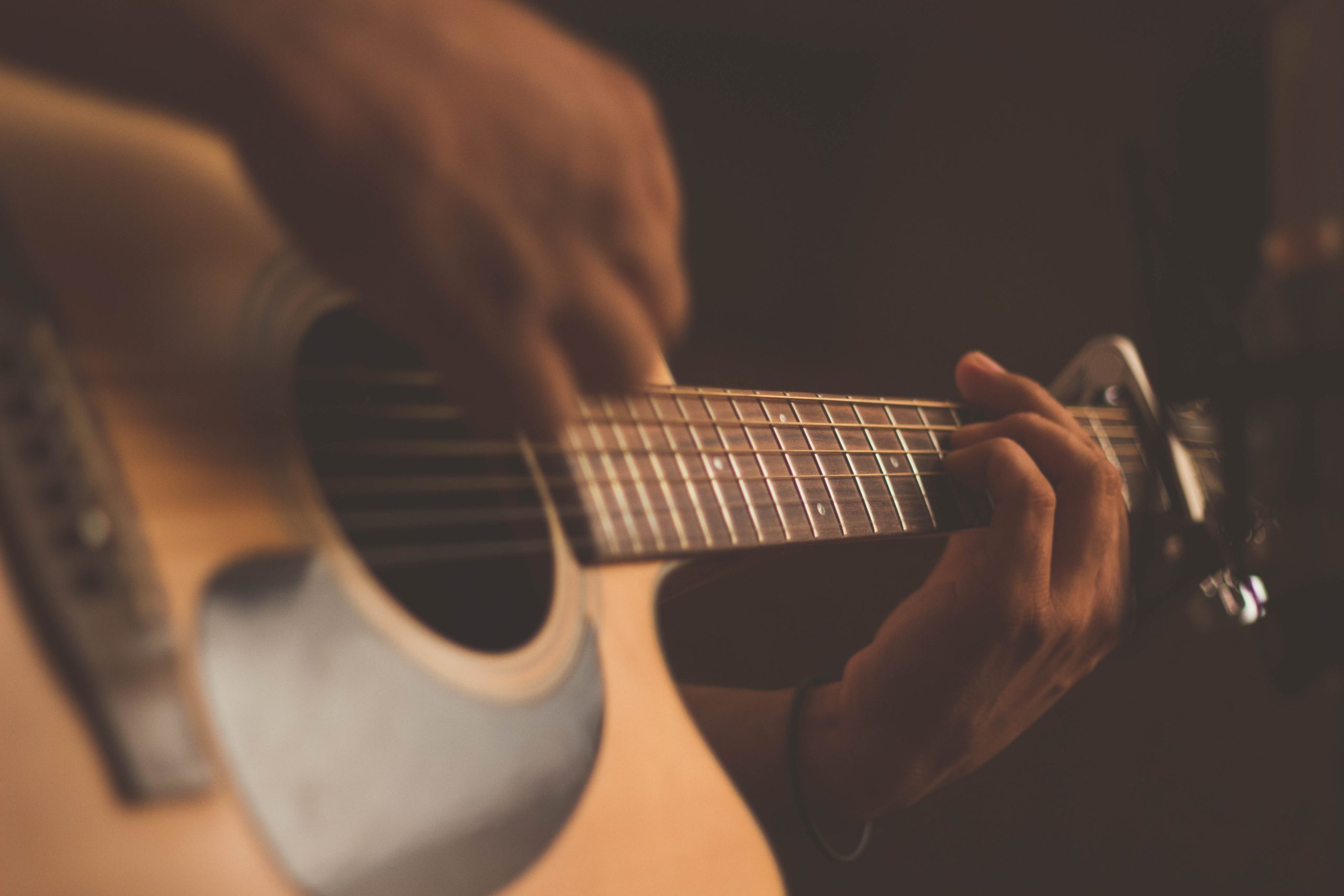 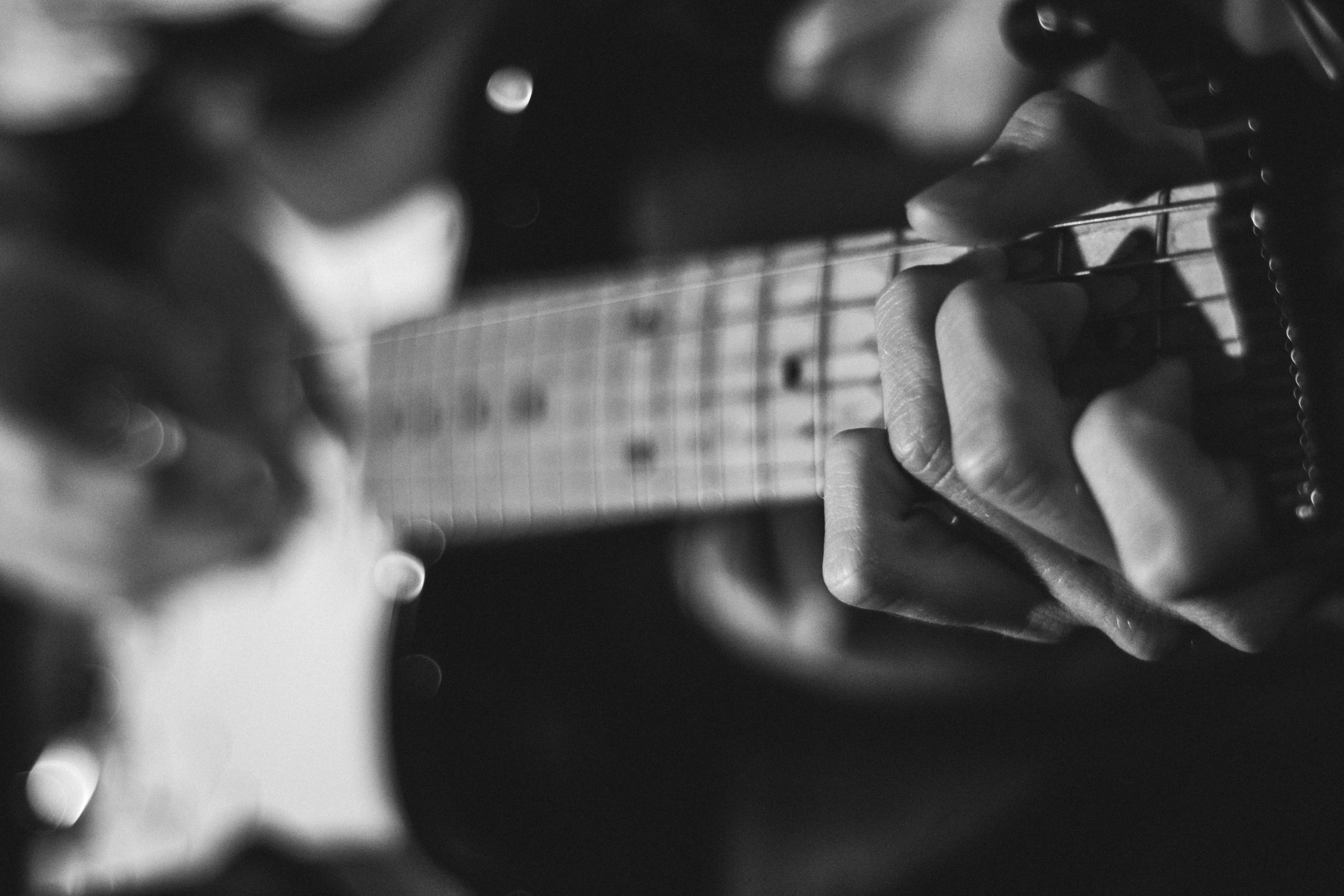